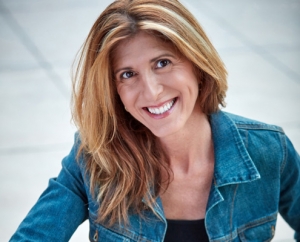 Frances Dilorinzo is an international corporate comedian who proves intelligent women don’t have to be stuffy. She delivers a thought provoking joke one moment and then an uninhibited physical punchline the next! Her comedy has taken her from one continent to another as a top performer on cruises lines including Celebrity, Norwegian, Royal Caribbean, Holland America and more! Her corporate performances are in high demand, and who could say that better than Warren Buffett who declares,

“You were terrific. Just terrific!”

Dilorinzo’s television credits are numerous including appearances on NBC, CBS, ABC, LIFETIME, COMEDY CENTRAL, TLC, A&E and has millions of views on YouTube!

Stay up-to-date with News and Events

“I could watch your show over and over again.”

“I wish I was her sugar daddy.”

“Frances is a great entertainer! A master of any size crowd!”

“I love, respect, and admire women like Frances who are smart and funny!”

“Frances hit the ball out of the park… again!”

“What this show really needs is Frances Dilorinzo!”

There are a lot of options out there when it comes to booking or hiring entertainment, but you want the choose one of the BEST options – and laughter certainly is.

Comedian Frances Dilorinzo is an experienced professional who you can trust to deliver, because she is easy to work with and knows exactly how to read and play to the needs of your audience.

There will be plenty of fun and hilarious moments during the show, but afterwards, plenty of congratulations and pats on the back for you, the planner, for making it all come together.

Just send us some basic details about your event, including what it’s for, your budget, the date, time and location. We’ll get back to you right away with availability and pricing options and are happy to answer any questions you may have.